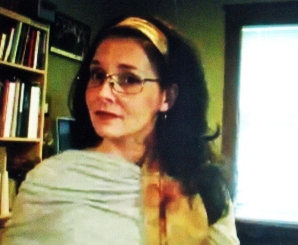 Vera Popskovalava is a former student of Spaulding Universe. Vera is attentive and low profiled. She is aloof and often juggling many thoughts at once. Apparently, she was the victim of a grade disagreement with Universe. Feeling that she earned and deserved the grade of  “A” in his Introduction to Quantum Society class, but instead the professor gave her a C-. According to several sources, Spaulding Universe made several comments that were unprofessional, unnecessary, and out of context about her papers and class participation. The details are still to this day quite dubious. When Vera went to confront Universe on the pending issue during his office hours, he apparently fled the building in an uncanny bumbling rage!  He never followed up with her, the dean, or his department chairperson. Vera has protested against the department and university with little support and dismisses the professor to be nothing more than a rampant quack. Her fight to revoke the higher education teaching credentials of Professor Spaulding Universe are still open wounds.